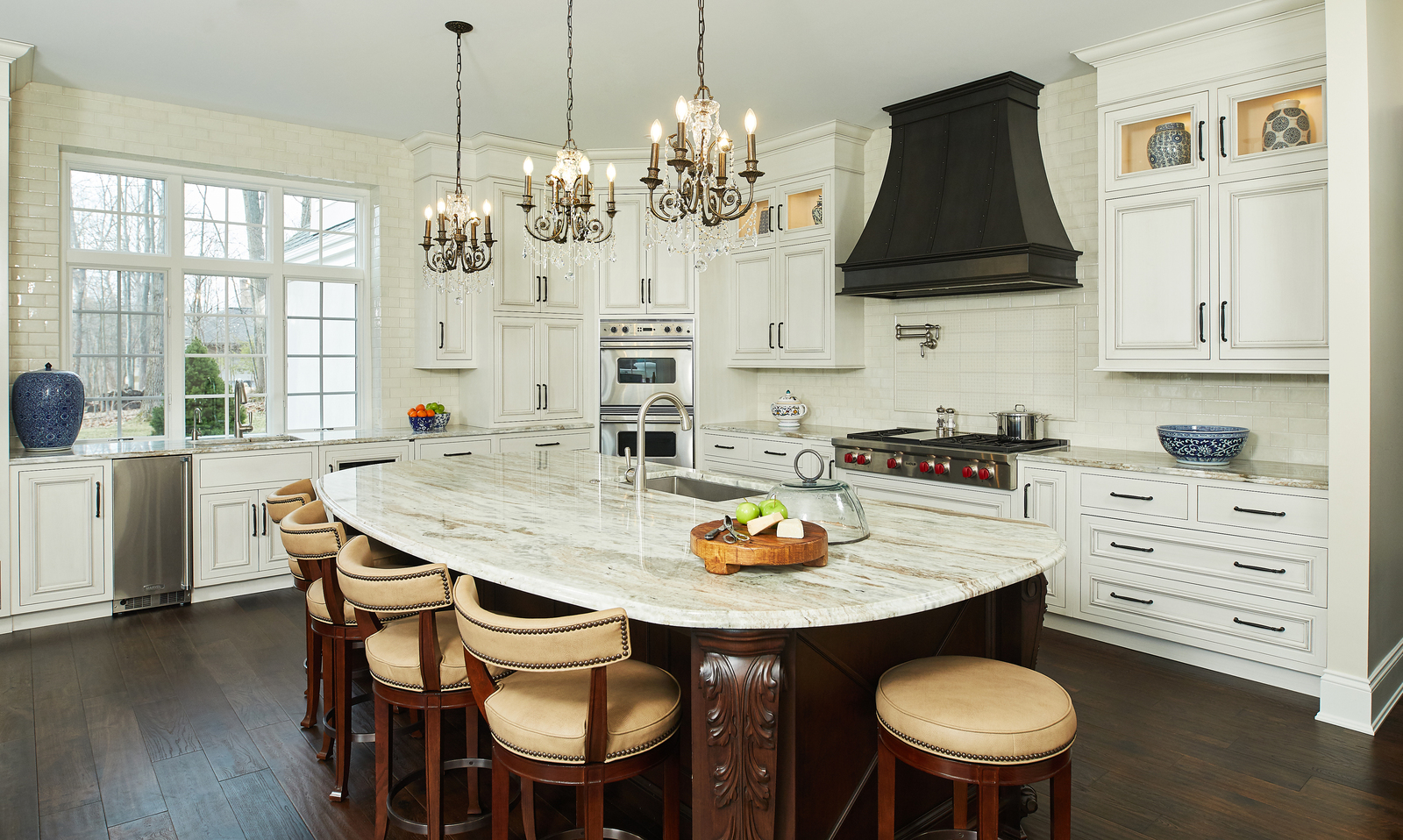 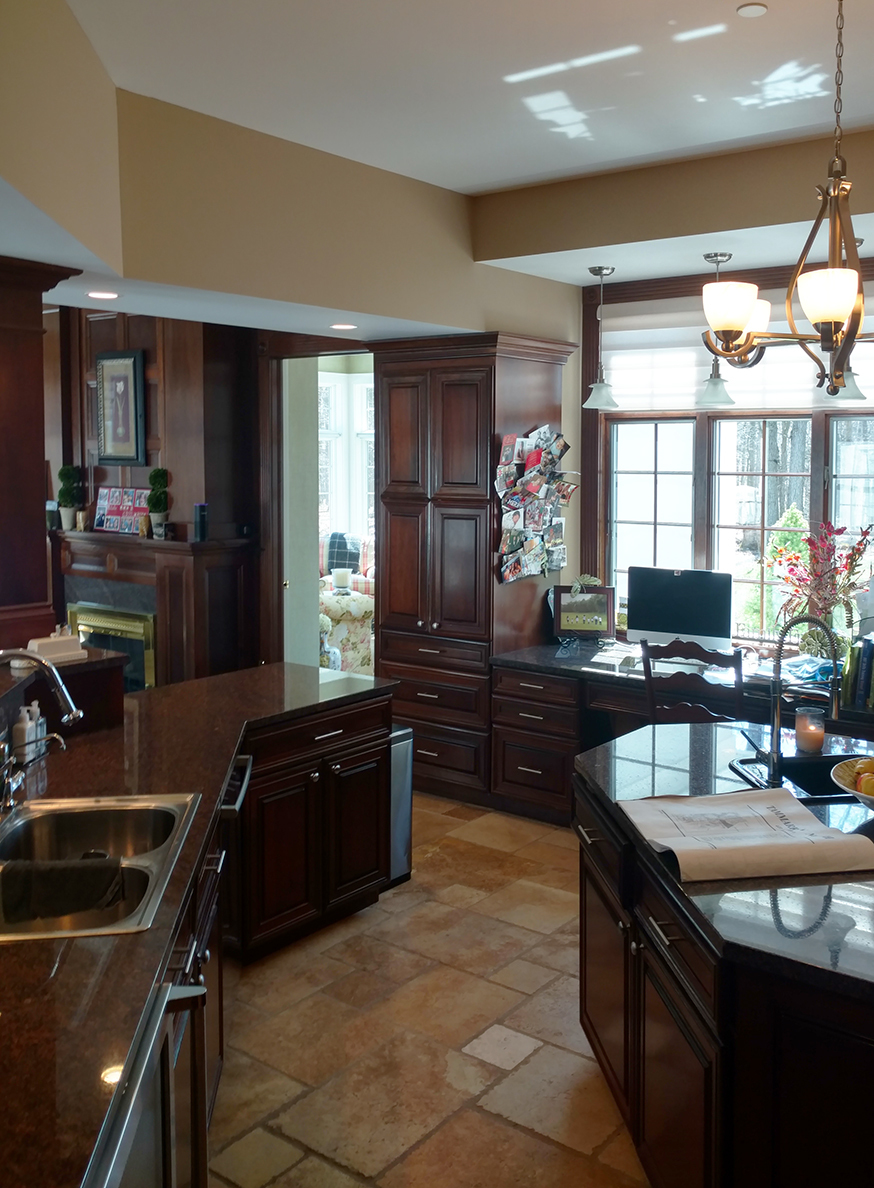 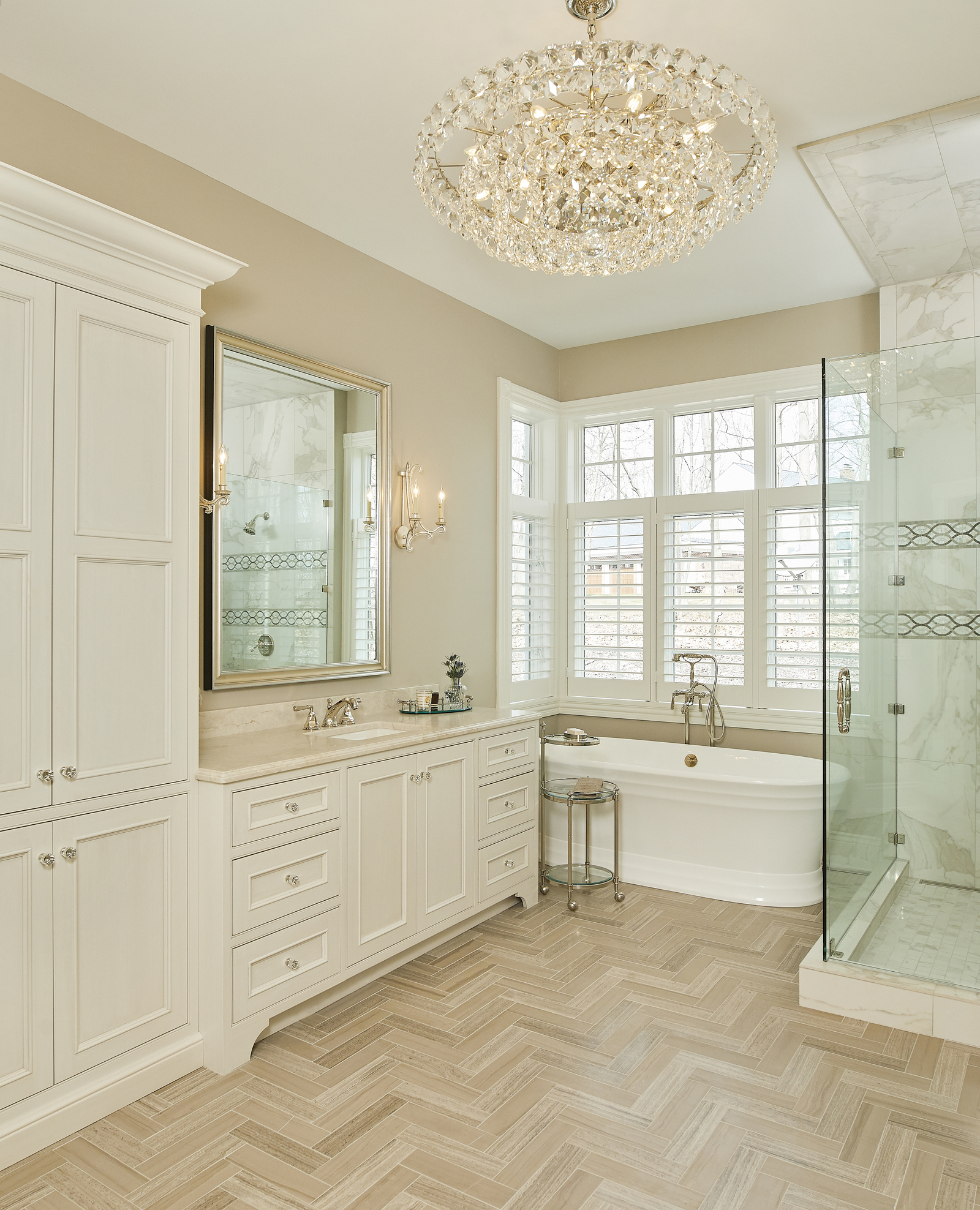 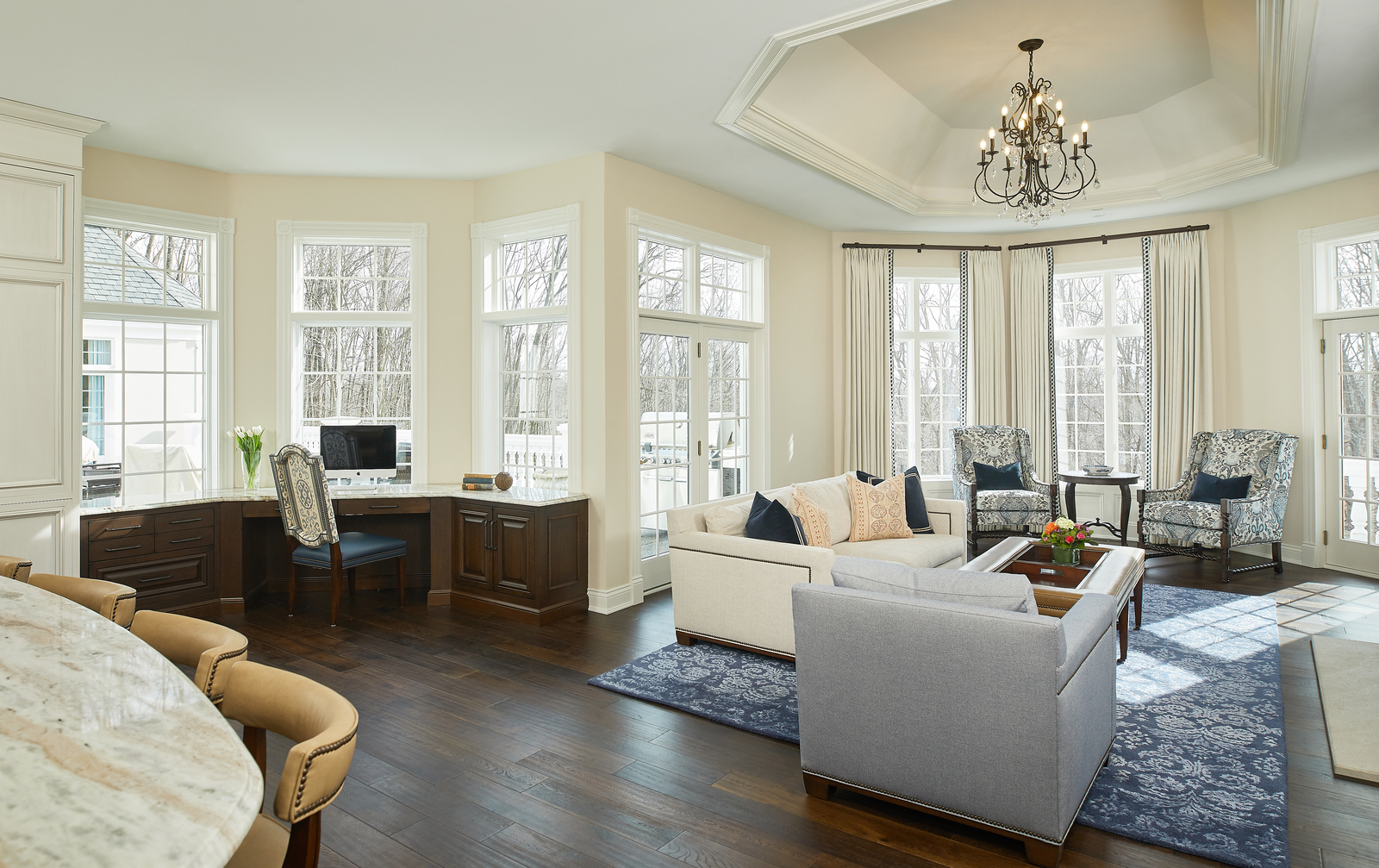 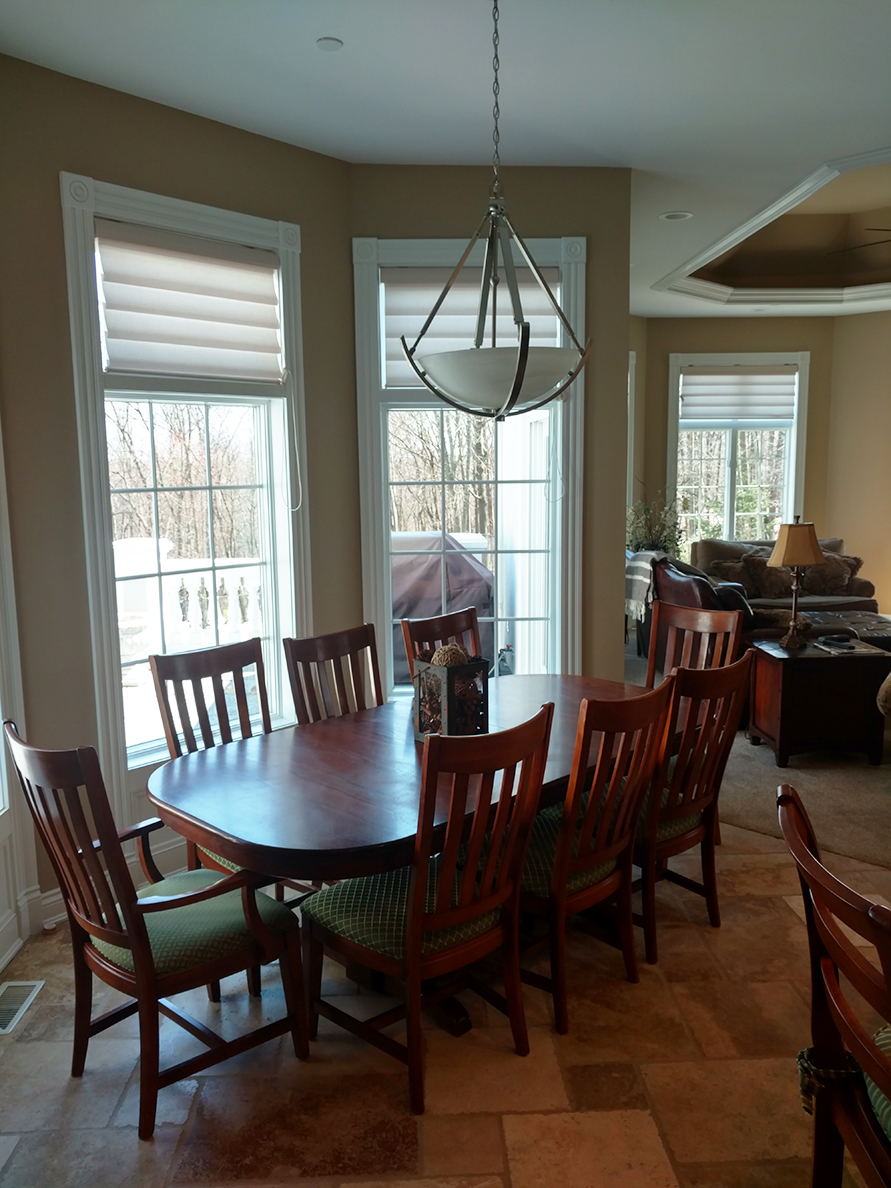 This 13,461 square foot home features a grand exterior and traditional layout with formal spaces. Built in 1995, this home was ready for an updated interior throughout the main level. The homeowners value the classic elements of traditional design. They wanted the home to exude elegance, comfort and charm while also feeling renewed. In the kitchen, bulkheads and large wood columns incorporated into the island were removed to open the space to the rest of the living area. White and cherry cabinets were selected to anchor the traditional design. Custom woodwork on the island, decorative patterned molding and mullions on the refrigerator panels were just a few of the elements that continued this feel throughout the space.

In the living room, a custom cherry desk and coordinating built-in cabinetry added function and style. The large fireplace was completely renovated to include stacked stone and a traditional black iron surround. Dark wood flooring continued in the living room from the kitchen and foyer, seamlessly tying together this great room space.

The master suite claimed a new footprint as an old layout that included an unused sitting room was reworked to make way for larger his and hers closets. His closet featured custom cherry cabinetry, a glass-front suit display cabinet and plenty of shoe storage. Her closet featured custom white cabinetry, an island with large drawers and a makeup station.  The master bathroom continued the same white cabinets used in the kitchen and hers closet. Separate vanities, a toilet room,a free-standing tub and separate shower made this space perfectly functional for two.