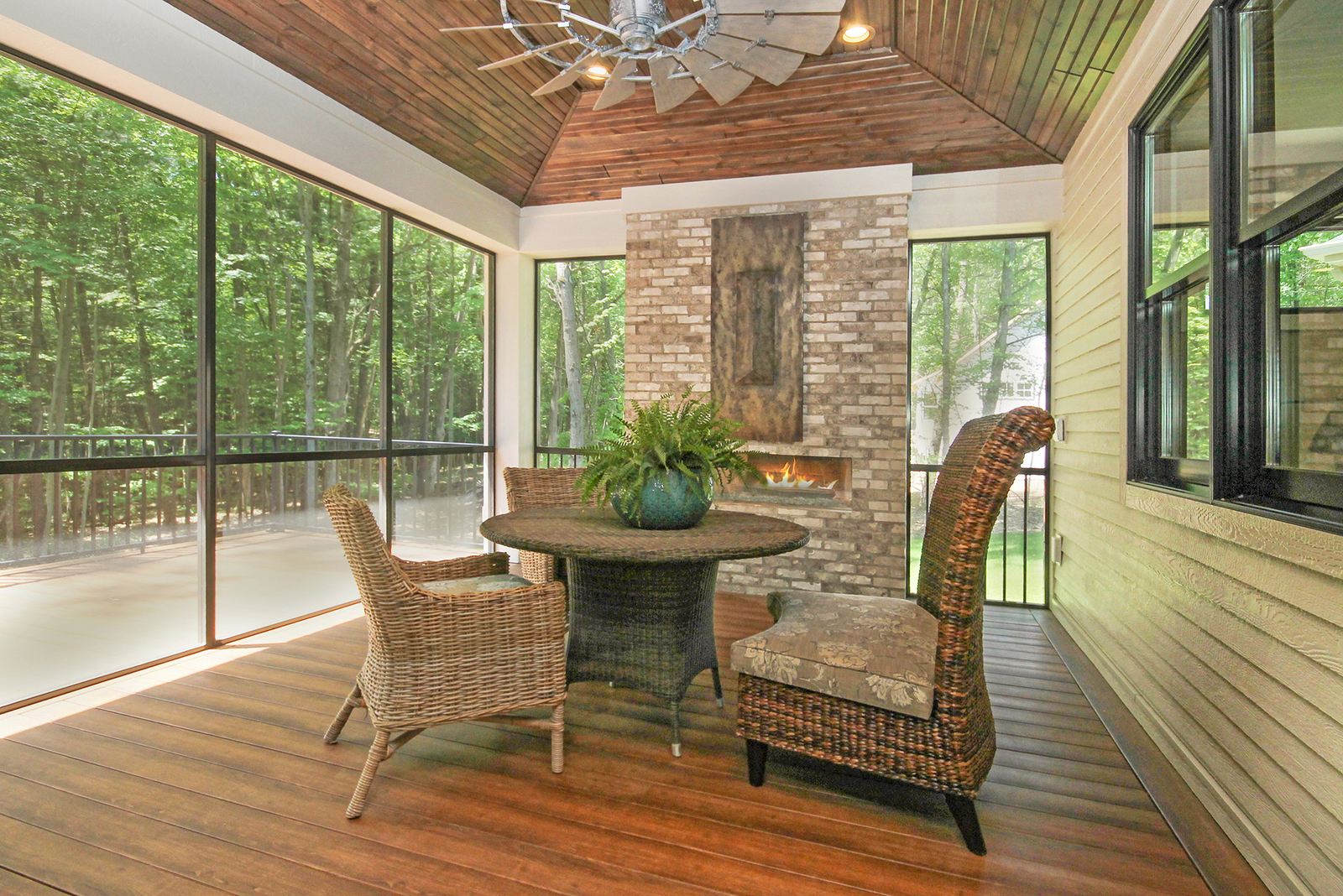 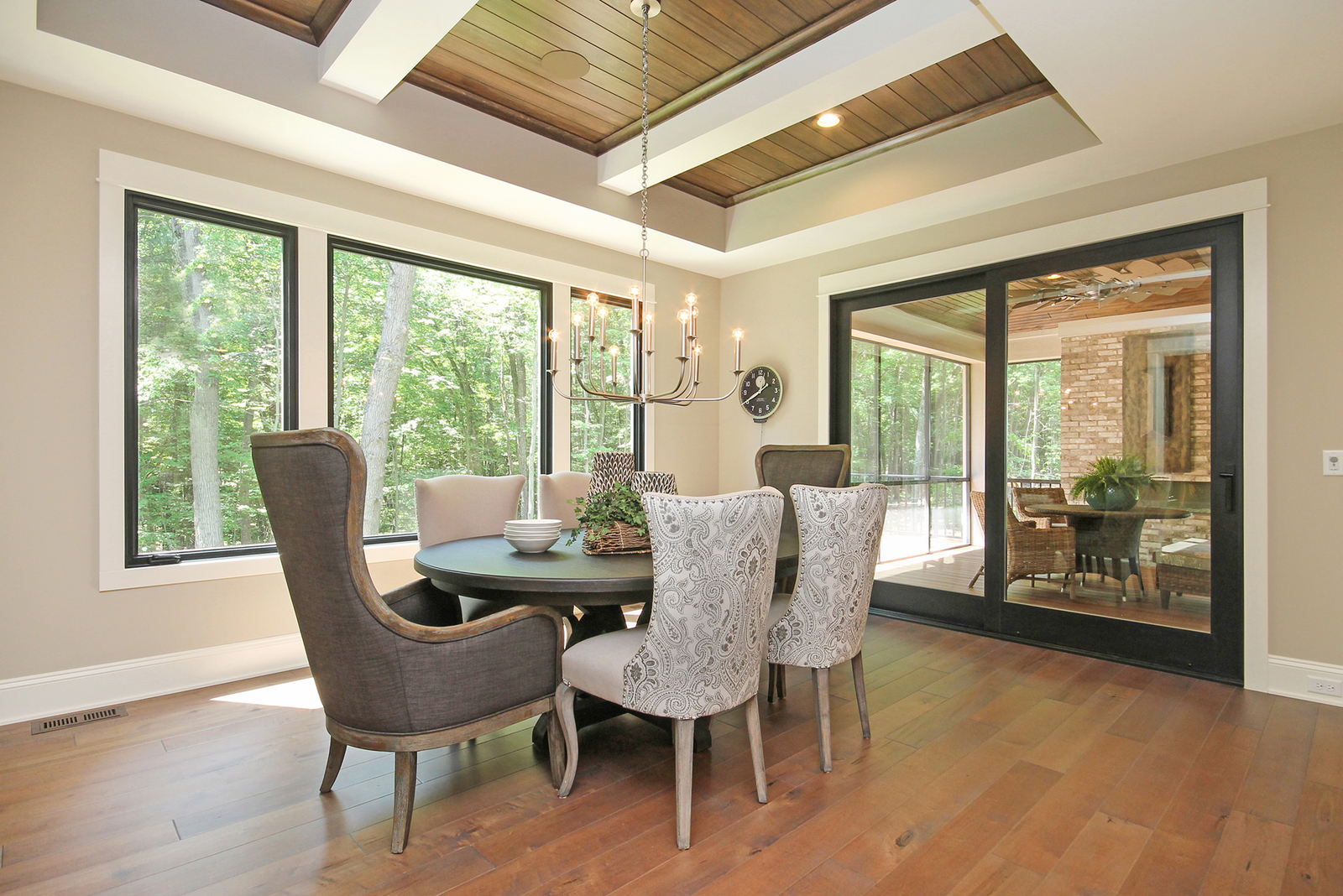 This screened porch was part of our 2018 parade home.  It has a gas fireplace that has LED color changing settings, zuri decking which is a composite PVC decking that looks so much like wood, screened panels with a screened door going to an uncovered grilling portion of the grill where we piped in natural gas as to not have to worry about running out of propane ever again.  Sit back and listen to your favorite music on the ceiling speakers that are hooked into our Elan house automation system.   This was the feature most talked about during the parade as it had such a rich feeling that everyone had their own use for.  We even installed cable which we hid behind some art for those that would want a tv in the area.